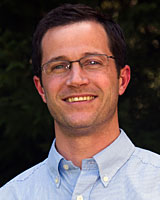 Andy was born in Charlottesville, VA and was raised in the pet care industry. As a very young boy Andy loved being involved in the two family kennels and helping care for the animals. Growing up in the pet care industry has given him an extensive love and knowledge for animals that is evident in his passion for managing Wakefield. Andy lives in Earlysville with his wife Karla and their daughters Maddie, Ellorie, and Sophie. They have two Yorkshire Terriers, Lilly and Daisy, who love spending the day with Andy playing at Wakefield. While Andy is not working with animals he enjoys playing golf, mountain biking, wood working and watching football. 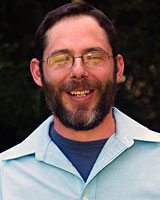 Charlie grew up on the Eastern Shore of Virginia. He moved to Charlottesville with his wife Jen in 2010. Charlie has always had an affinity for animals and their care, especially dogs. He was studying to become a veterinary technician prior to his move to the area. Charlie, his wife Jennifer, and their son Shep, now reside in Earlysville along with their two dogs, Yager and Molly and three crazy cats. Outside of the kennel, Charlie enjoys sampling the latest and greatest local brews and working on projects around their home.

Jen became part of the Wakefield Kennel staff in 2015.  She is an Earlysville native and has always had a love for animals of all varieties.  She grew up caring for hamsters, snakes, mice, rats, dogs, cats, guinea pigs, fish, squirrels, and the list goes on... Though much of her previous professional career involved customer service and recruitment, her heart led her back to the animal care industry where she plans to stay for the duration.  While not at work, Jen enjoys sampling local wine and beer, spending time with her husband Charlie and their son Shep, and entertaining her friends and family with her fabulous sense of humor.

Josh joined Wakefield Kennel in May of 2016 and brought with him a unique and valuable skill set. There is not much he cannot do! As well, he is our resident canine ”expert” with his ability to handle and soothe even the most anxious of our visitors. Josh is a Marine Corps veteran who was honorably discharged in 2012. During his time with the military, he served as a Combat Engineer with his IED Dog, Skeet, which included two deployments to Afghanistan. In his free time, Josh enjoys making music, competitive video gaming, and taking his dogs Cammy and Leo for hikes around the area. 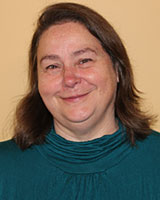 Amy started working for the Dofflemyer family in 1987 and began grooming shortly thereafter in 1988. Amy loves working with each and every pet she encounters. Amy feels she was meant to work in the pet care industry, which is evident in her long career with us! Amy enjoys spending time with her children and grandchildren. 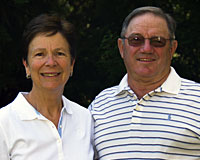 Barry & Nancy purchased Wakefield Kennel, Inc. in April of 1974 after Barry graduated from UVA’s McIntire School of Commerce. Barry had spent several years as the General Manager of Georgetown Veterinary Hospital and was ready to expand his pet care interests into their family business. Wakefield Kennel was the perfect opportunity to pursue a business doing what they loved most. In the early 1980’s they expanded their business to include a second location in Charlottesville (The Dogg House). The second location was opened under a different name and operated for over 10 years before being renovated and reopened as the Dogg House in the mid 1990’s. Nancy has been one of the featured groomers for both businesses for over 30 years and still enjoys grooming at The Dogg House. Barry & Nancy worked for over 32 years managing Wakefield Kennel and The Dogg House until their retirement in 2006. Two of their three sons now carry on the family business and Barry & Nancy hope to see some of their many grandchildren working there someday as well. Together, they enjoy UVA athletics, especially Baseball, as well as playing golf, traveling and spending time with friends and family.

This email address is being protected from spambots. You need JavaScript enabled to view it.

Ready to make a reservation?

This email address is being protected from spambots. You need JavaScript enabled to view it.